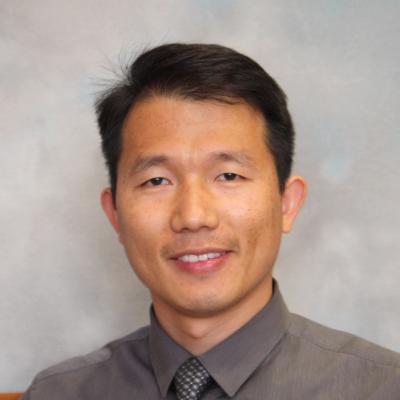 Jun Wang is an Associate Professor in the Department of Speech, Language, and Hearing Sciences, Moody College of Communication and in the Department of Neurology, Dell Medical School.  He earned his PhD in Computer Science with a cross training in Speech, Language, and Hearing Sciences from the University of Nebraska - Lincoln in 2011. He was then a postdoc at the University of Nebraska Lincoln and the University of Nebraska Medical Center before moving to the Callier Center for Communication Disorders at the University of Texas at Dallas as a Research Scientist in 2012. In 2014, he became an Assistant Professor in the Department of Bioengineering and in Callier Center for Communication Disorders at UT Dallas, where he held an adjunct appointment with the Department of Electrical and Computer Engineering.  During his time at UT Dallas, he was also affiliated with the UT Southwestern Medical Center, where he maintained an extra lab for data collection from patients.  He was a software engineer at the IBM China Software Development Lab in Beijing before coming back to graduate school to pursue his doctoral degree.

Dr. Wang's research is interdisciplinary with a focus on assistive speech technologies including silent speech interface to assist the communication of laryngectomees and dysarthric speech recognition, neurogenic motor speech disorders due to and digital biomarkers for amyotrophic lateral sclerosis (ALS), and neural speech decoding for brain-computer interfaces (BCIs). Advanced machine learning techniques are heavily used in these projects. Dr. Wang received a Bioengineering Undergraduate Teaching Award from UT Dallas in 2018, a Best Poster Award from the every-four-year International Conference on Speech Motor Control in Groningen, Netherlands in 2017, and a New Century Scholar Award from the American Speech-Language-Hearing Foundation in 2015. He has served as a reviewer for grant applications to NIH, NSF, ASHFoundation, or other funding agencies of European and Asian countries. He has also served as a reviewer for prestigious journals and conference proceedings including Nature Communication, Neuron, NeuroImage, The Laryngoscope, Frontiers in Neuroscience, Brain Sciences, IEEE Access, Computer Speech and Language, Speech Communication, Folia Phoniatrica et Logopaedica, Journal of Speech, Language, and Hearing Research (JSLHR), Interspeech, and ICASSP.  He currently serves as an Editor of JSLHR (Speech Section) and an Associate Editor of Frontiers in Neuroscience. His research has been funded by the National Institutes of Health (NIH), the University of Texas System Brain Initiative, Sandia National Laboratories, and the American Speech-Language-Hearing Foundation. He is a member of ASHA, IEEE, ISCA, and the BCI society.